Platinum Public adjusters is a licensed Monroe County public adjuster service. We help all residential and commercial properties in the keys, maximize their property damage insurance claims. Insurance companies are looking out for their best interest.
Platinum looks out for your financial compensation.

Our team will thoroughly analyze your insurance claim for damages to ensure you receive the maximum payout! 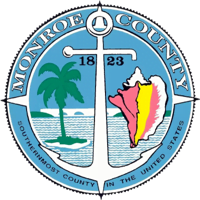 The Florida Keys make up the southernmost portion of the continental United States. The Keys are made up of dozens of islands, many connected by dozens of bridges. Florida Keys living is a dream for many. However that dream does occasionally come at a cost.

The Keys are occasionally threatened by hurricanes and tropical storms. Many of these cyclones have made landfall in the keys creating massive damage and devastation. Residential and commercial property owners may experience thousands of dollars in damages when hit by a hurricane or tropical storm.

Platinum Public Adjuster has and continues to work with Florida Keys property owners in assisting to file insurance damage claims. They understand the makeup of the islands and many of the structural designs including stilt homes. Our public adjuster Florida Keys team is ready to assist with your insurance claim.

We specialize in property damage as a result of a storm or any other damage. Our experience can help maximize your claim and provide the money needed to restore your property to pre-damage conditions.

Key west is the southernmost city in the United States. The city is full of history. It houses many historical landmarks like the Little White House, Ernest Hemingway house and Tennessee Williams House. Like the rest of the Florida Keys, Key west is vulnerable to hurricanes and Tropical Storms.

Hurricane Irma is the most recent storm to make landfall in Key West. It made landfall the morning of September 10, 2017 as a monster Category 4 hurricane. Many locals believe Hurricane Wilma was the worst storm in recent history. When these storms make landfall their winds cause major devastation. They also cause major widespread flood damage.

We at Platinum understand Key West’s rich culture and historic architecture. We are the premier public adjuster in Key West.

Get the maximum payout for your claim

We thoroughly document any damage your property may have incurred and work diligently to settle your insurance property claim for damages. We are the top Public Adjusters in Monroe County!

Get the best public adjusting team in Monroe County!

Learn more about us