Platinum Public Adjusters is a premier licensed Florida public adjuster. We help Stuart City residents navigate the perils of filing residential and commercial property insurance claim for damages.
Insurance carriers are looking out for their bottom dollar not yours. Get help now! 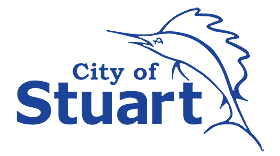 The city of Stuart is located in Martin County and is also its main seat. Established in 1925, it remains cited as one of the best small towns to visit in the country. The city is also known as the sailfish capital of the world.

The city’s population has dramatically increased since the 1980’s. In 2010 it had approximately 8,800 housing units. This makes the city small in comparison to many other larger cities in the state.

Stuart and the rest of Martin counties have a tropical rainforest climate. Like the majority of the state, it has noticeable precipitation, primarily in the summer. It is prone to severe storms as well as hurricanes and tropical storms. Flood damage is also a concern in many low lying areas.

If your residential or commercial property has suffered storm damage, fire damage, mold damage, or any other damage, we can help with the insurance claim. Get in touch with Platinum Public Adjusters now for a free consultation.

3 easy steps in filing your insurance claim for damages

Get the maximum payout for your claim

Most insurance claims for damages can be very complex. These providers want you to believe that they have your best interest in mind when they are only looking out for their best interest. Our public insurance adjuster Stuart FL team has a track record of getting you more money. As Florida’s best public adjusters, we are always on your side.

Get the best public adjusting team in Stuart City!

Learn more about us